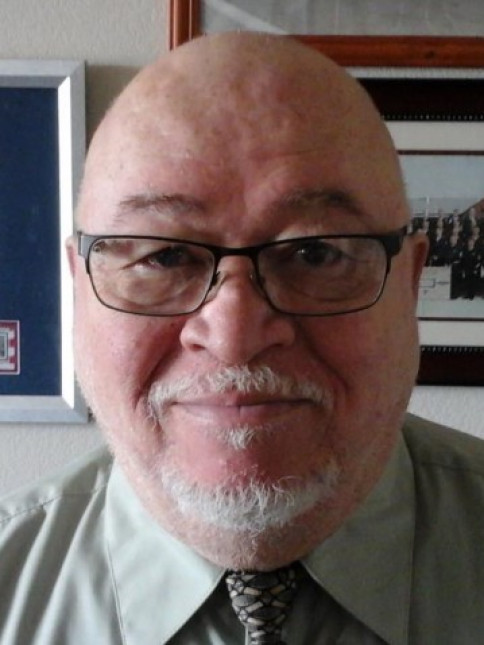 I am 74 and a retired 18-year business owner and 20 years military service.
I served as Director and President of a City Chamber of commerce for Victorville, CA and as a member of the Town board for the Town of Kingston in Southern Lander County. I hold a B.S. Degree in Vocational Education and two Associates Degrees in Business Administration and Administration of Justice. I was involved in numerous Community Projects and worked closely with 4 local City Councils.

As a resident of the Town of Kingston I have a vested interest in assuring that Southern Lander County continues to grow in the spirit it was designed for. It is therefore my goal to approach, understand and resolve any Public issues. I have no agenda except to support and assist the Southern Lander County residents. I will do my best to serve our community. 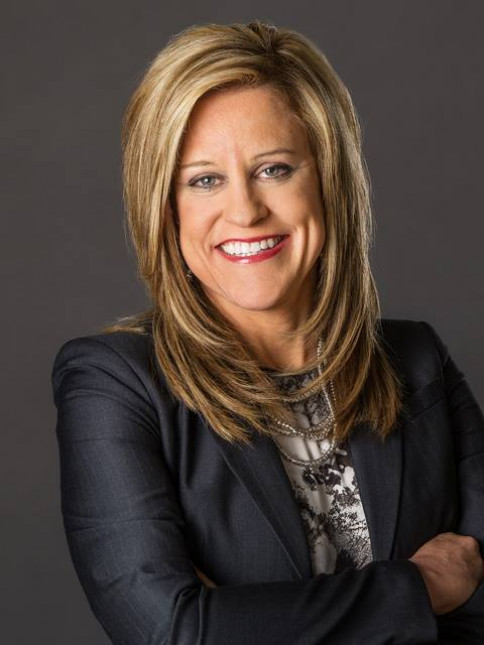 Running for Board of Education District 2

Since 1977, the year I entered the Washoe County School District as a student, Reno, Washoe County School District, and the State of Nevada have been very good to my family and me. My three older children have all found success because of the education system in Nevada and I know my family plans to stay here long after my youngest son graduates in 2034.

I recently sold my business and still work part-time in the financial planning industry. I also reconnected with the love of my life and we are enjoying the new team our family of nine has become. It feels like I’ve put the hard work into finding a work life balance I will always treasure, but it also means I have more time to serve and I want to give back to the State that has been so generous to me. Through my years in the financial planning industry, I accumulated skills I want to use to benefit the citizens, taxpayers, and residents as a Board Member for the State Board of Education, District 2 and, as a parent, I am invested in our community’s education system.

I also have invested my time in many ways by serving on the Step 2 Board, Reno Rodeo Foundation Board, and the Zoning Advisory Committee for Washoe County School District. While I was in the financial planning industry, I had the opportunity to provide financial literacy training to students of all ages and continue to do so. Requiring financial literacy in the schools is one of my top priorities serving on the State Board of Education along with emphasizing the importance of vocational training as an alternative to college. Our students need to not just be college ready in every situation, but career ready.

We started our campaign for the State Board of Education, District 2 in October of 2019 when I declared I was running. We attended many campaign events and I also had the opportunity to serve as Principal for the day at Double Diamond Elementary School in Reno. On March 13th, the final day of filing, I found out that I will be running unopposed for the seat so will ultimately be elected. Campaigning is over for me now which allows me the opportunity to start meeting voters all over the district and listening to their concerns and ideas. Once we are able to do so, I look forward to meeting people face to face so I can begin preparing to serve on the State of Board of Education in January 2021. I hope to meet you soon in this process. 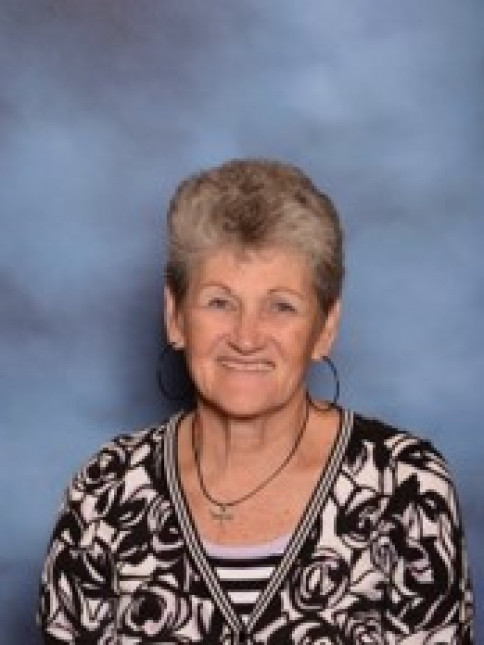 There have been unprecedented challenges for our schools this year, and just as the schools are learning online, our Board is currently having our meetings virtually! I have been very impressed with the efforts of the staff members and our superintendent in their response to the current pandemic. I hope to continue representing you on the Lander County School Board. 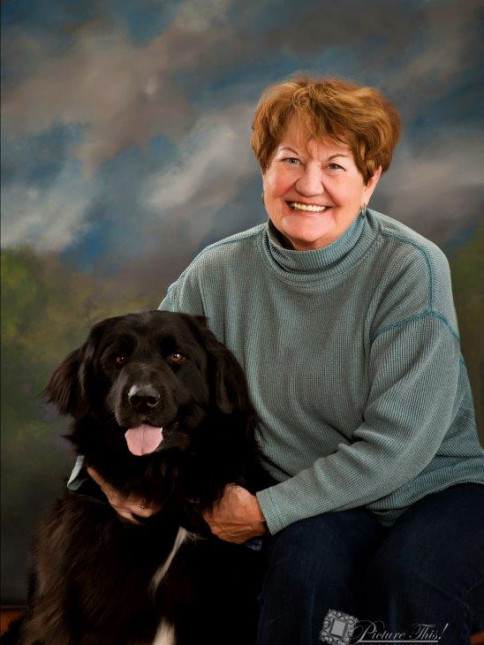 Some of my top concerns/priorities continue to be:

As a current commissioner I have taken an oath and pledged a commitment to those I serve.  I am asking voters to keep the experience and knowledge needed for the position of County Commissioner. Counties are on the frontline delivering services to our residents, especially during this critical time with COVID-19. Though many difficult times are still ahead of us, together we will continue to overcome obstacles, look to a brighter tomorrow and help our community thrive.   I would appreciate your vote! 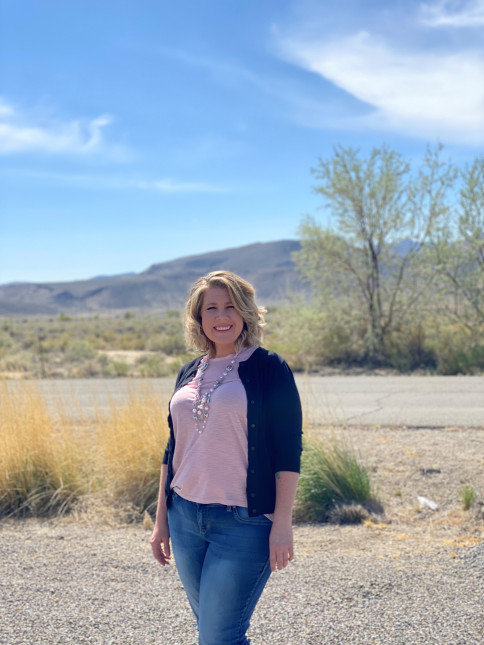 My name is Amber Schmidt and I am running for Lander County Commissioner district 4. I am running as a republican as my personal belief on government is more conservative in nature. My main values are family and community. I would vote on issues encouraging growth and development in Lander County and would always keep the children and hardworking people of our great county’s best interests in mind. I believe that, as a Commissioner, my job is to represent the will of the people and that I work for you. Too often politicians forget this and I would make it a point to remind myself and my fellow board members when voting on issues. I ask for your vote in hopes that together we can grow this community while maintaining our character and holding strong to our community values.

Thank you for your time! 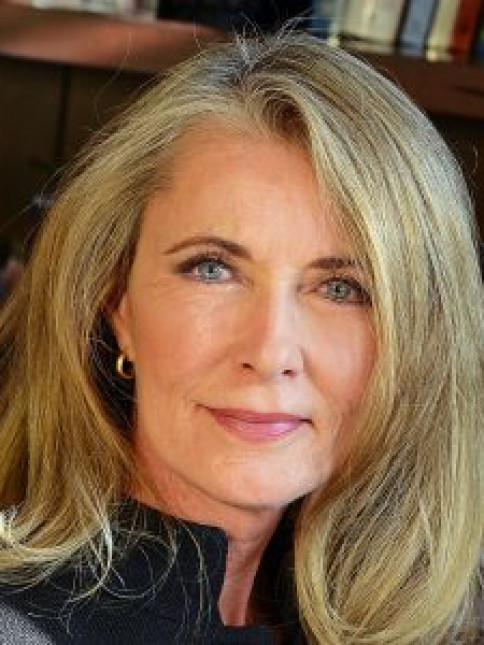 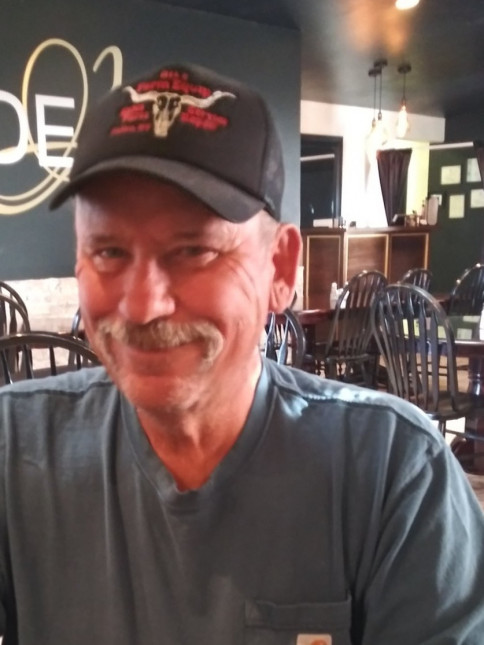 I HAVE LIVED IN LANDER COUNTY SINCE 1979,AND MADE MY HOME IN BATTLE MOUNTAIN. MY CAREER AS A HEAVY EQUIPMENT OPERATOR ENDED WITH RETIREMENT IN 2019. MY WIFE AND I HAVE RAISED 3 SONS HERE. BEING RETIRED GIVES ME TIME AND ENERGY TO DEVOTE IN MAKING LANDER COUNTY A BETTER PLACE TO LIVE.

MAINTAINING ROADS HAS GIVEN ME THE KNOWLEDGE NEEDED TO HELP IMPROVE EXISTING COUNTY ROADS AS WELL AS IMPLEMENTING PLANS FOR NEW ONES. AS A PREVIOUS EMPLOYEE OF LANDER COUNTY ROAD AND BRIDGE, MAKES ME AWARE OF COUNTY PROCEDURES AND POLICIES.

MY GOALS ARE:
• TO REBUILD AND RESTORE EXISTING LANDER COUNTY STRUCTURES BEFORE BUILDING ANYMORE. I AM A FIRM BELIEVER IN TAKING CARE OF WHAT YOU HAVE NOW BEFORE ADDING MORE TO IT. TO CHANGE THE CODES TO PRESERVE OUR INFRASTRUCTURE.
• I WOULD ALSO LIKE TO SEE MORE OUTSIDE BUSINESS’S COME TO LANDER COUNTY SO WE ARENT SO DEPENDANT ON MINING.
• COMMON SENSE AND COMMITMENT
• I WILL MAKE A COMMITMENT TO LANDER COUNTY TO USE OUR TAX DOLLARS TO NOT ONLY IMPROVE OUR COUNTY, BUT USE COMMON SENSE IN DETERMINING PRIORITIES.

I WANT TO CLARIFY THE FACT THAT I DON’T HAVE ANY RELATION WITH ANYONE IN POSITION AT THE LANDER COUNTY COURT HOUSE. I BELIEVE IN NO FAVORS; JUST GOOD HONEST GOVERNMENT!

PLEASE CALL ME WITH YOUR CONCERNS AND QUESTIONS
Email: jrcjthomas@outlook.com
Phone: 775-635-2267 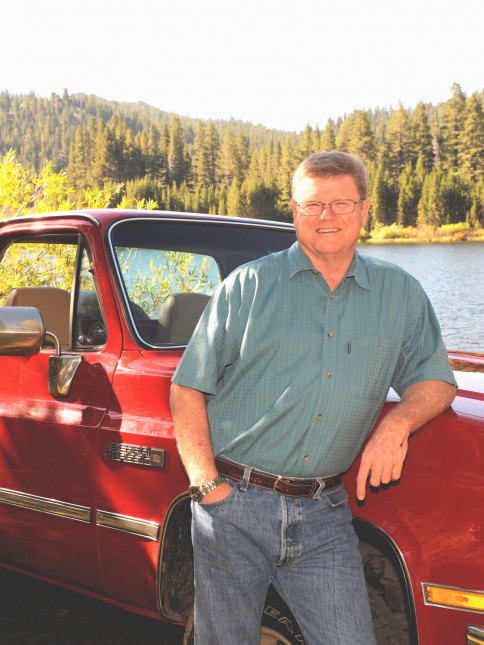 With the challenges the 117th Congress is going to face in just about nine months, Nevada is going to need someone who knows their way around The Hill, is familiar with the process, and who has stepped up to deliver for Nevada during the biggest economic and health crisis of our lifetimes. I ask for your support based on my solid record before and during this crisis. Although the road ahead will be filled with difficult choices and hard work, we've already accomplished so much together, and I'm confident we can continue making a difference for the Silver State.

The Honorable Mark E. Amodei was born in Carson City on June 12, 1958. As a lifelong Nevadan, Congressman Amodei graduated from Carson High in 1976 and went on to earn a Bachelor of Arts degree from the University of Nevada, Reno in 1980. In 1983, Congressman Amodei received a Doctor of Jurisprudence degree from the University of Pacific, McGeorge School of Law.

From 1983 to 1987, Congressman Amodei served as a lawyer in the United States Army Judge Advocate General Corps where he earned the following honors and achievements for his service: Army Achievement Medal, the Army Commendation Medal, and the Meritorious Service Medal.

Upon receiving an honorable discharge, Congressman Amodei returned home to become an attorney with the law firms Allison MacKenzie in Carson City from 1987 to 2004 and Kummer Kaempfer Bonner Renshaw and Ferrario (now Kaempfer Crowell) in Reno from 2004 to 2007. While working as an attorney, Congressman Amodei was elected to the Nevada State Assembly in 1996 and served until 1998. He then served as a Member of the Nevada State Senate from 1998 to 2010, serving as President Pro Tempore from 2003 to 2008. Congressman Amodei additionally served as President of the Nevada Mining Association from 2007 to 2008 before becoming a sole practitioner in 2009.

In 2011, Congressman Amodei was elected to the U.S. House of Representatives, representing Nevada's 2nd District. He is currently carrying out the remainder of his fourth full term and serves as a Member of the House Appropriations Committee and its subcommittees on the Interior and Financial Services and General Government.

He lives in Carson City and has two daughters, Ryanne and Erin. 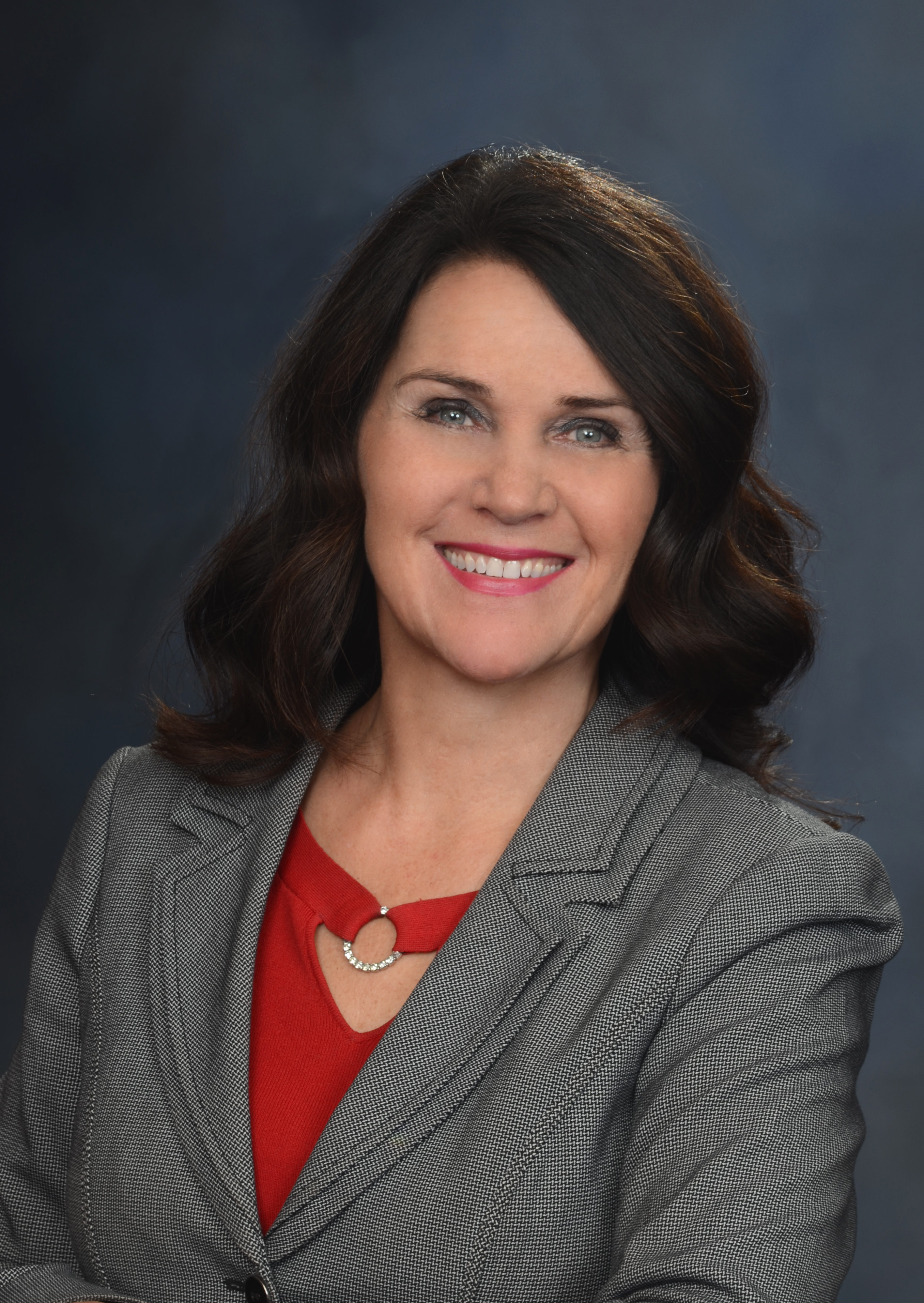 General election in November for my race for Assembly District 32.

My name is Alexis Hansen and I currently serve as the State Assemblywoman for District 32 which has been an absolute honor to serve my beloved State and constituents. I am a proud Nevada girl, a 5th generation Nevadan, a long-time business owner of a plumbing company, a wife of 39 years to Ira Hansen, a proud mother to our 8 amazing children and 19 grandchildren, a Blue Star Mom, a licensed Realtor, a member of the NRA and a concealed weapons permit holder.

I currently reside in Sparks, Nevada where I have lived almost my entire life (having also had the adventure of living in Goldfield and Tonopah as a young child).

Why am I running?
As a journalism student at the University of Nevada Reno I have always had an interest in current events and Nevada history and its politics. I have been involved in school board issues, legislative issues and campaigns over many years so I have a natural desire to roll up my sleeves, make suggestions and try to be part of solutions for our community. As a business owner there is a shortage of representatives in the state house that come from a small business background and a rural Nevada point of reference and I want to continue to be a voice and presence for small business and rural Nevada since so much of what happens in the state legislature has a direct impact on small businesses and rural Nevadans.

Why should people vote for me?
I am honest, hard working and respectful of taxpayer dollars and how they are used and that there should be transparency and accountability for how those dollars from hardworking Nevadans are spent. I am committed to the maxim that government that functions best functions closest to the people. Also, as an elected official it is important to understand the proper role of government as outlined in our state and federal constitutions and not how it is outlined by a bureaucracy.

What makes me the best candidate?
During this most recent legislative session (as a freshman) I was able to get passed and signed into law 3 of my 6 bills while in the minority party. I can work across the isle when needed but I am also willing to stand firm when principle is more important than policy.

How do you plan to tackle most pressing issues?
My district covers 7 counties all of which have diverse economies, tribal needs and concerns and general constituent issues. Communication is key and I thoroughly enjoy my travel around all 38,000 square miles, and getting to know those constituents and county and tribal leaders helps to inform me of what the pressing needs of my district are. There were vital issues this last legislative session that would have adversely affected business and education as well as other issues that would have negative impacts on rural counties regarding water, agriculture and natural resources and I stood firm and was a voice to protect those interests because I had communicated and done my homework on those issues.